Thou hast been faithful over a few…
I will make thee ruler over many…
Enter thou into the joy of thy Lord.

Reading of the Final Resolution

On March 23, 2019 GIG Odell W. Wilson Jr., asked by the Illustrious Deputy of Maryland, SGIG Garnett Hall, assisted with giving final honors to GIG Dr. Charles Garner, of the United Supreme Council, 33°, Prince Hall Affiliated, Ancient Accepted Scottish Rite of Freemasonry, Northern Jurisdiction, United States of America, Orient of Connecticut. GIG Wilson recalls how it was indeed an honor to assist in reading the Resolution of Tribute in honor of GIG Dr. Charles Garner who was called from labor to reward. His wife Judith welcomed him and made him feel like he was part of the family. She shared with him that GIG Dr. Garner truly loved his masonic organization.

GIG Wilson did not know GIG Garner personally. However, at the conclusion of the service GIG Wilson was convinced he was man of God, great integrity and a true ambassador of the masonic order. Additionally, GIG Wilson mentioned that he was a gifted pianist and composer who traveled the world sharing his gift of music.

GIG Dr. Garner’s son and daughter greeted GIG Wilson with the same spirit as their mom. They all insisted GIG Wilson join them for the repast.

At the opening of the service, GIG Wilson read the Resolution of Tribute with great zeal and spirit. He recalls everyone in attendance being awestruck with the reading of the beautifully, well-written Resolution.

“His lord said unto him, Well done, thou good and faithful servant: thou hast been faithful over a few things, I will make thee ruler over many things: enter thou into the joy of thy lord.” 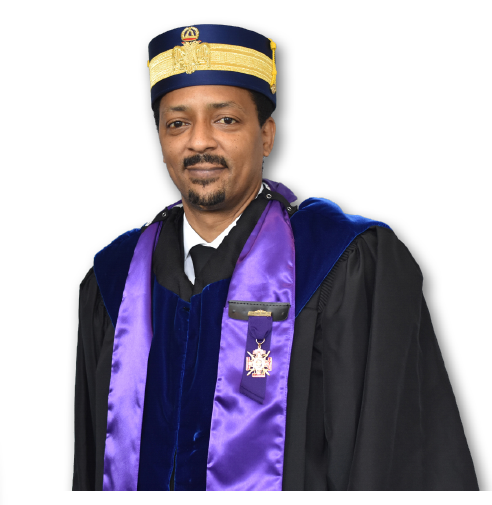